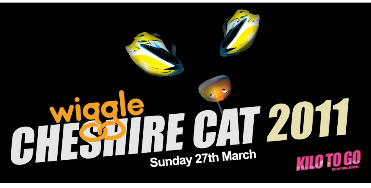 Sunday 27th March saw the fifth running of the Cheshire Cat, it’s often promoted as the first big sportive event of the year and one of the few UK events to be sanctioned by the UCI. Having not ridden the cat before and with the challenge of Mow Cop thrown in it was one we were keen to ride

Being based in the south east we headed up the night before and stayed at the Crewe Travelodge, located a 5 minute ride from the start it’s a good accommodation choice if you’re not local and it seemed a large number of the guest there were cyclists so a good example of how sportives can bring money into the local economy.

I checked out the ride to the start the evening before and on Saturday night the stadium showed no real sign of the next days event. It was a bit different on Sunday morning when I arrived to find everything set up and a huge queue of riders starting to snake around the car park. Being dressed for cycling and with the temperature still being on the nippy side I could have done without waiting around for 45 minutes or so to cross the start and speaking to a few other riders it was obvious that others were beginning to get frustrated with the queuing.

Starting 3,000 riders in a relatively short period of time is always going to be a challenge and waiting around at starts is something you get at many big sports events outside of sportives so some queuing is to be expected at such a large event. I think the frustration was from the fact that the queue seemed to move quite slowly once the first riders started and there seemed to be some confusion about where to queue with two queues forming at one point. With the rider pack highlighting the no queue registration system I think it’s fair to say many expected something a bit slicker at the start.

Anyway, once finally over the start the queuing was soon forgotten and you soon warmed up after a few miles.

We rode the middle distance 67 mile route, it starts fairly flat and with big groups of riders forming it’s easy to carry some decent pace to the first major climb of Mow Cop. 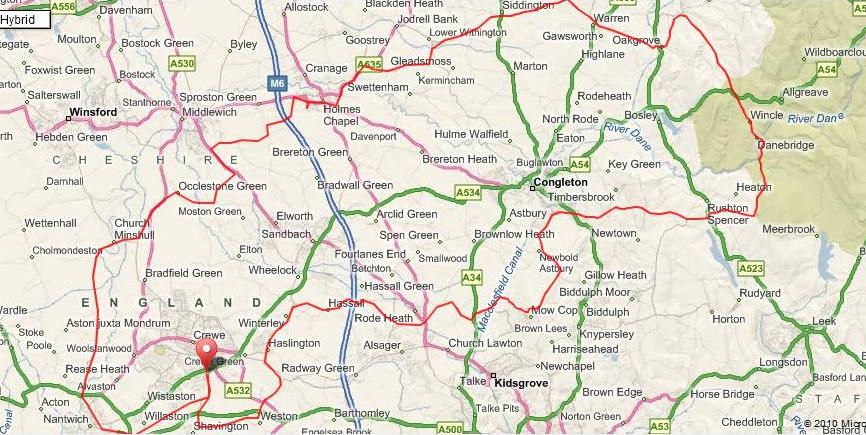 We reached Mow Cop in around an hour shortly after 10am which I think meant we missed the worst of the traffic on the climb and you could still get a relatively clear run at it. Having not ridden it before I wasn’t too sure what to expect so took it easy on the approach making sure I kept plenty in reserve for the steeper sections. The climb actually starts fairly gradually and only really ramps up to 25% for a short section towards the top and I found it a bit easier than expected, you hit the bottom of the ramp, maintain your momentum, kick for the top and it then levels out a bit before a final rise to the summit. There’s a good atmosphere on the climb, you can almost sense the anticipation amongst the riders at the start and the supporters on the steeper section help you dig that little bit deeper if you need to. Making it up without putting a foot down was a bit of a weight off my mind after reading some of the stories from previous years and whilst there’s no doubt it’s a challenge I think there are tougher climbs on other UK sportives.

The descent after Mow Cop requires some concentration, it’s steep on fairly narrow lanes with some uneven road surfaces to watch out for. The guys I saw squeezing past cars at 50kph+ are certainly braver than me and it felt like I spent most of it on the brakes.

With Mow Cop being the headline climb you can be seduced into thinking it’s all downhill from there; it’s not! It’s the two or three climbs after Mow Cop that really test your fitness and when you find out how much that first climb took out of your legs.

After the second feed station the route seems to be mainly flat with only a few undulating rises, luckily I hooked up with a fairly quick group shortly after the feed station and with us all sharing turns on the front we were easily averaging over 30kph for most of the return leg, only getting slowed down by traffic through Nantwich. 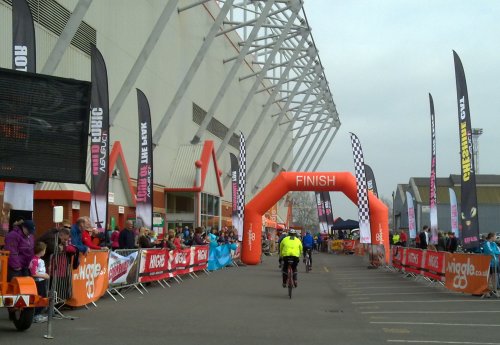 Crossing the finish line it was a bit unclear what to do and a lack of marshalls directing you, but eventually I realised you needed to join the queue for your goodie bag, certificate and Mow Cop medal. Like the start the queue for certificates was a bit drawn out, in hindsight I think printing certificates on the day with two small printers might not have been a great decision by the organisers but I’m sure it’s something they’ll address for next years event. 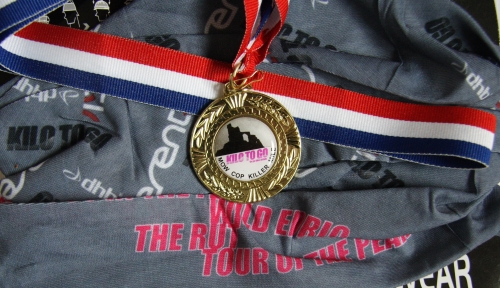 Turns out I finished in just over 4 hours so missed out on the gold standard by around 10 minutes, I knew I shouldn’t have stopped for so long at the second feed station, oh well, there’s always next year.

Route – We only rode the 67 mile route, it starts flat, has a hilly middle section with Mow Cop being the headline climb, then seems to finish on fast roads back to the finish. Although mainly on quiet and traffic free roads but we did feel a bit sorry for frustrated motorists on the first few miles of the route before the riders spread out. It seems like most of Britain roads in Cheshire also suffers from their share of potholes.

Mow Cop is billed as the main highlight of the route, to be honest we felt it’s a bit over hyped, it’s a challenge but certainly easier than climbs that feature on some of the Lake District sportives, the main difficulty is avoiding other riders who stop or weave across the road in front of you.

Signage – Large pink kilotogo signs at all the places you’d expect them, we had a slight issue early on where a left turn sign was missing which led to a bit of uncertainty whether to trust the Garmin and take the turn or go straight one but it sounds like it was quickly sorted and none of the riders we spoke to had any real issues following the route.

Feed Stations – Two feed stations on the middle 67 mile and three on the long route, energy drinks, cakes, bananas and some energy bars/gels on offer with plenty of toilet facilities. 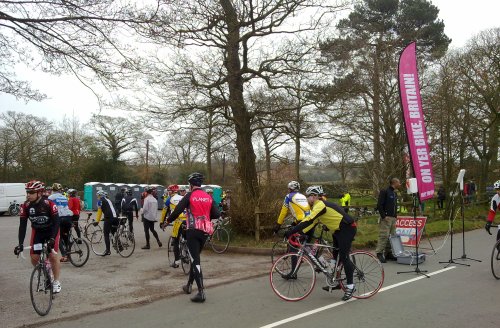 Timing – The timing chips, to be attached to your helmet, were sent out in advance so no queuing on the day to collect numbers or chips, unfortunately the process of checking chips at the start did seem to cause a bit of a bottle neck and later in the day queues at the finish stopped riders crossing the line immediately to register their finish time.

Summary – At £32.50 entry the Cheshire Cat isn’t one of the cheapest around so expectations are high, with such a large number of participants some queues are inevitable but they did cause some frustration and put a slight dampener on the event atmosphere. However, once out on the course it’s an enjoyable and challenging route and if you enjoy sportives it’s one of those events that you should do at least once. 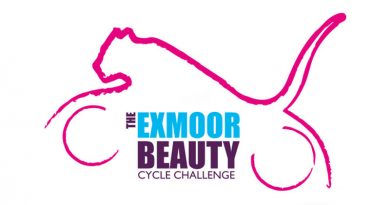 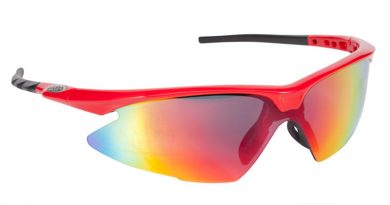 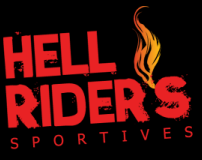