With just six weeks to go until the Santini Cotswold Autumn Classic that takes place on Sunday 7th October, the organisers have just announced that they’ve teamed up with a new charity partner, the St James’s Place Foundation, and introduced a new 50km route to the event.

The St James’s Place Foundation was formed in 1992 to raise money for charities all around the UK and has so far raised over £24 million for good causes. Event organiser Andy Kirk told us “As the charity of Cirencester based St James’s Place Wealth Management it’s an important local link for the event, and by adding a 50km route that will benefit from the same back-up as our longer routes and its own feed station, it’s a great way for people to get into riding organised events without being put off by huge mileage.”

“We are delighted to have teamed up with the organisers of the Santini Cotswold Autumn Classic” , says Hugh Gladman, Trustee of the St James’s Place Foundation, “ and we hope that many of the cyclists will use the occasion to raise some much needed funds for the good causes that the Foundation supports, while cycling through the beautiful Cotswold countryside”

Riders on all three route options (50km, 100km and 160km) are encouraged to raise money for the foundation, and anyone that raises over £100 via the St James’s Place Foundation Virgin Giving page will be entered into a prize draw to win one of a number of prizes, including a £150 voucher to spend on Santini clothing at Performance Cycles.

“By adding a 50km route to our event we hope it will help to encourage everyone inspired by the Tour de France and the Olympics to get on their bikes and get involved in an organised cycling event,” Jon Sangan, UK Santini Brand Manager “and linking in with a local charity partner that raises money for good causes all over the country is a great addition to the event, and one that we’re really excited about being part of.”

The Santini Cotswold Autumn Classic is a fully supported sportive, complete with NEG rider support, well stocked feed stations, neutral service support, free hot food for all finishers, a goodie bag and much more. Full details about the event, along with links to the St James’s Place Foundation and the work they do, can be found on the event website www.cotswoldautumnclassic.co.uk 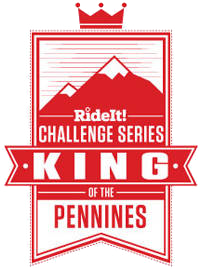