The Great Western Sportive has a new date for 2014, moving from it’s traditional June date to the 18th May. The Swindon based event takes riders through the beautiful Wiltshire Downs, and past a host of ancient monuments including Avebury’s standing stones, White Horse Hill and Blowingstone Hill. The route also winds through the sumptuous Lambourn Valley, home to many of the finest steeds and stables in the horse racing world.

The move to to the new Spring date is recognition of the event’s growing popularity, as organisers Southern Sportive explain. “We have reworked our calendar a little for 2014 to allow for a couple of exciting new projects that we will working on, and in the process have been able to move the Great Western to it’s new peak late spring slot. This is traditionally one of our most popular times of the event season, and as one of the most consistently well received events on the calendar, the Great Western is perfect for the slot. This moves it away from the summer holiday season, and away from a clash with Fathers Day that we have had in previous years, which has caused some riders a conflict between riding and family commitments.”

The Great Western Sportive has also been unveiled as the official charity cycle event of Against Breast Cancer, an Oxfordshire based charity supporting pioneering research into the treatment of breast cancer. “We’re delighted to have Against Breast Cancer on board as part of the event. They will be bringing their supporters to the event alongside our traditional riders to create an event beggar event and to benefit from the infrastructure and expertise that we already have in place. We see it as an ideal partnership, where we can provide the charity with the vehicle they need for their event, leaving them to concentrate on their crucial fundraising work and motivating their supporters.” 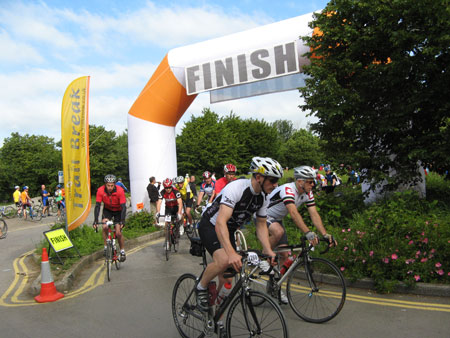 The Great Western Sportive takes place on 18th May 2014 from the Nationwide Building Society headquarters on the southern edge of Swindon.

For full details visit our event listings page at –