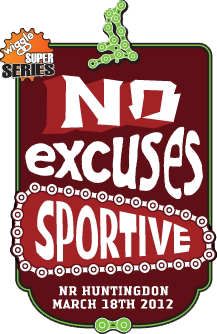 The Wiggle Super Series team have announced an extra 150 spaces are being made available for their sell out No Excuses Sportive that takes place on Sunday 18th March. The extra places are due to be released around 2:30pm this afternoon. With the original 1,200 rider allocation selling out within a matter of weeks you’ll need to be quick if you want to grab one.

The event kicks off the 2012 Wiggle Super Series and is completely free to ride as long as you turn up on the day, hence the No Excuses name. You pay you’re £25 entry fee as normal which will then be refunded as long as you show up on the day. If you don’t turn up to ride you don’t get your refund and instead it’s donated to charity.

The event takes place from Grafham Water in Cambridgeshire and offers a choice of the Epic 80 mile course or a Standard 45 mile course which promise to take in the best and quietest roads in the 3 counties of Cambridge, Bedford, and Northamptonshire.