Today KILO TO GO launch two more sportives for their 2014 Season. The inaugural Wiggle Essex Explorer had such a good turnout in 2013 that it has moved to a new HQ near Chelmsford for 2014. The Wiggle Rut has always been a popular end of season ride. With rider numbers nearly in four figures for 2013, this year will also see the organisers making some changes to The Rut. 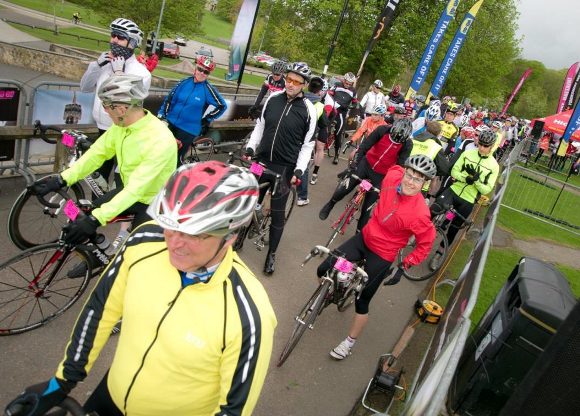 Wiggle Essex Explorer – “Every mile of each of the 3 route options is in the large county of Essex. Around half of the mileage on each of the three route options uses the same roads as the 2014 Tour de France stage 3. We’ve used some of these very roads before in previous sportives and indeed last year’s Explorer. You’ll be sampling the roads 4 weeks ahead of the world’s greatest cyclists. Our routes take advantage of this lovely countryside although you’ll steel the occasional glance to Canary Wharf, The Shard and the city of London from time to time.”

The Wiggle Rut – “Traverses a number of midlands counties but starts and finishes in Britain’s smallest county of Rutland. Rutland’s motto is ‘Much in Little’ and provides for a wonderful cycling challenge. Both of our routes venture to the south-east of the Uppingham HQ where the terrain is reasonably flat before taking in Borough Hill up to the Somerby feed station near one of the highest points in the area. Later it’s the notorious Launde Abbey climb with more undulations before the final, but notable climb of Kings Hill into the ancient market town of Uppingham.”

For 2014, Kilo To Go have a new UK wide charity partner in Caudwell Children. Founded in 2000, Caudwell Children provide practical and emotional support for disabled children and their families. Riders who support the charity through raising sponsorship will receive exclusive incentives and V.I.P hospitality at events. A number of the charity’s celebrity supporters are also expected to take part at the events. The charity is unique in that a generous benefactor covers all of the annual administration and management costs through a personal donation. This means 100% of all direct donations are used to provide support for disabled children and their families.

Saddle-up for the Dartmoor Classic