Team UK Youth’s Rob Partridge and Ian Wilkinson will join hundreds of amateur cyclists in Stoke-on-Trent in just over a weeks time. The pair of elite riders will be on the start line for The Tour Ride Stoke-on-Trent sportive as it returns to the city for a fifth successive year on Sunday 1st September. Starting and finishing from Trentham Gardens, a choice of 50 and 100-mile routes through the Staffordshire Moorlands are available, both of which include the famous climb of Gun Hill.

This year UK Youth have signed up two members of the team to ride the Stoke-on-Trent Tour Ride to help raise funds and awareness for UK Youth, Britain’s leading youth charity, and join people on The Tour of Britain inspired route.

Both riders are no strangers to The Tour of Britain, with Partridge having finished eighth overall, and top Briton, in 2010, while Wilkinson went agonisingly close to winning a stage in East Anglia a year later.

‘I’m very much looking forward to the Stoke Tour Ride. I’ll be riding the Pro100 route, which features some great, challenging roads. Last time I rode this route was during 2011 TOB stage, which ended up being a very decisive one, so I’ll be looking forward to another tough day again!’ – Rob Partridge

The duo also played their part in helping the team to win The Pearl Izumi Tour Series, which visited Stoke-on-Trent this May.

Both stars will join proceedings on the day to take on The Stoke-on-Trent Tour Ride, along with hundreds of other sportive riders. For your chance to ride the route with Rob and Ian, sign up to represent and raise money for the charity UK Youth by registering through their website – 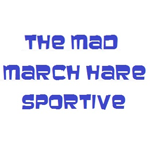