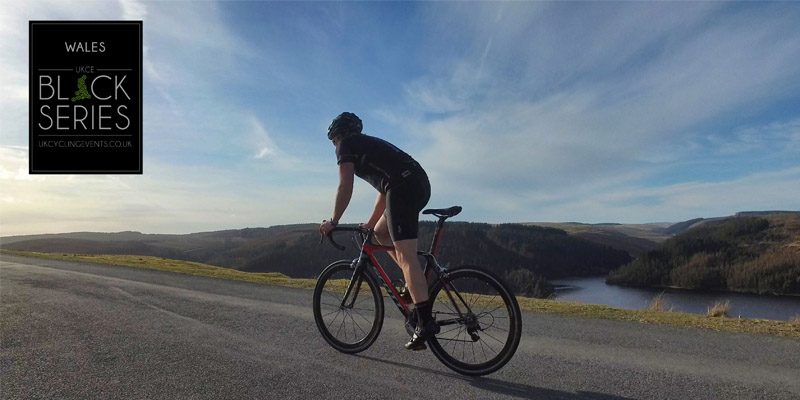 The Black Series is a new series of road sportives for 2016.  Possibly the hardest sportive series in the UK, each route is designed to test you both physically and mentally as you tackle the long miles and extreme elevations, in some of the most beautiful parts of the UK. Unlike UK Cycling Event’s other events, each of the Black Series rides has only one route, with a capacity for 600 riders, and is aimed at the more experienced and accomplished riders.

The first event of the series, Black Wales is fast approaching, and the UK Cycling Event’s team went out recently to take a final look at the route. “We went up to do a final scout of the area and it’s one of the most beautiful places we’ve had the pleasure of visiting. The Wales Black riders are in for a real treat on the 17th April.”

Leaving from Lampeter, reportedly home of the first ever game of Rugby played in Wales, you head east and towards the Llyn Brianne Reservoir and the Tyw Forest, where you’ll be rewarded with some stunning views and you’ll appreciate the remoteness of where you’re riding. This should whet your appetite for what’s in store for you later on. You’ll continue north following the reservoir until it thins to its source and peel off to the east again where thing get a little more rugged. Momentarily you’ll be back to civilisation as you hit the A470 through Newbridge-on-Wye, but not for long as you’ll soon be heading towards the Elan valley – and this is truly spectacular!

The first jaw dropping moment will be as you’re greeted by the Caban-Coch Dam. This imposing concrete wall in front of you hides the real beauty behind which is the Caban-Coch reservoir. You follow close to the shores all the way up the west side heading north and onto the Garreg-Ddu reservoir. As you cross over at the top, just to your right if you’re lucky you’ll catch a glimpse of the Garreg Ddu Dam. Don’t worry if you miss it though as you’ll ride right past the top of it at the summit of the next big climb, and it really will be worth it.

As you continue north you’ll track along next to the Pen-Y-Garreg reservoir and see the final dam of the day – simply called the Dam. From here the course starts to bend back around to the west and opens up to expose the full extent of this Welsh wilderness. You’ll follow rivers and pass through an old mining outpost before the last real stint of the day. After Devils Bridge, you’ll head south to enjoy a little rest-bite and reflect of your achievement whilst on the flatter run in back to Lampeter.

Last few places up for grabs at Peak District 100