Entries are now open for the 2012 Tour Rides giving amataur cyclists a chance to ride some of the same routes that the professionals will ride during the Tour of Britain.  A total of five rides are planned for 2012, in addition to the four Rides in East Anglia (22nd July), Wales (12th August), Scotland (26th August) and Stoke-on-Trent (23rd September) there will also be a season closing Tour Ride at the Cycle Show at Birmingham’s NEC.

From The Tour’s longest stage in East Anglia, which will decide the destination of the first IG Markets Gold Jersey of 2012, to the challenging ŠKODA King of the Mountains climbs of Caerphilly Mountain in Wales and Gun Hill in the Staffordshire Moorlands, amateur cyclists will be able to experience them all in a Tour Ride.

The Tour of Britain’s opening stage from Ipswich to the Norfolk Showground will be the venue for the first Tour Ride of 2012 on Sunday 22nd July, giving amateur cyclists the chance to experience the full 200 kilometre route of Stage One of Britain’s biggest professional cycle race in The Tour Ride East Anglia.

Wales and Scotland both host Tour Rides during August, with each route a circular ride taking in the best of each country’s Tour of Britain stage.

Two Tour Rides take place in September, with The Stoke-on-Trent Ride continuing in its traditional date of the first Sunday following The Tour of Britain (Sunday 23rd September). The most popular of The Tour Rides, the Stoke-on-Trent event has attracted 2,000 cyclists in each of the past two years.

As a part of the ‘Summer of Cycling’, the fifth and final Tour Ride of 2012 will take place at the Cycle Show at Birmingham’s NEC on Sunday 30th September.

As a part of the partnership with the Cycle Show organisers, riders signing up for any of the 2012 Tour Rides will receive 50% off entry into the Cycle Show, while all those registering for The Tour Ride Cycle Show Sportive will also receive a voucher for a 50% discount on car parking at the NEC in their rider pack.

Cyclists will have the choice of a full distance Pro Ride on every route, plus a shorter half-distance Challenge Ride to keep the events accessible to all ages and abilities of cyclist. Details of shorter Family Ride, which return in 2012, in both Scotland and East Anglia, will be announced soon.

With registrations open, the first 100 riders signing up to each Tour Ride will receive a code to redeem for a free OneLife Active iD lifestyle wristband, while all other registrants will receive a discount code entitling them to a discount on the innovative interactive sports identity and emergency wristband.

Entrants into every Tour Ride will receive the full professional experience, from full neutral service support from Tour of Britain Official Partners Specialized to enjoying the benefits of National Escort Group motorcycle outriders along each route.

The Tour Rides will continue to build their reputation for feed stations fully stocked with high-quality products, led by The Tour’s new Official Nutrition Supplier Maxifuel, who will be providing nutritional advice and support to participants, while Official Suppliers Highland Spring and Soreen will continue to supply their popular products to all riders. 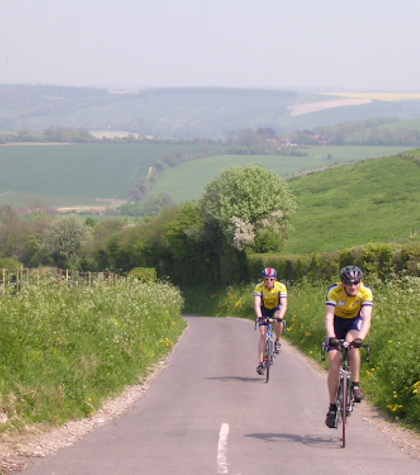