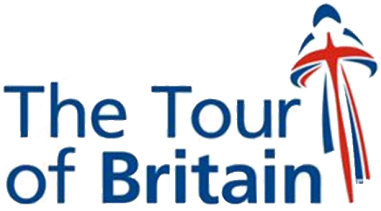 The stars of the Tour de France’s sprints and mountains will head the start list for The Tour of Britain’s tenth anniversary, which gets underway in Peebles in just over a week’s time and there’s also the chance for amateur cyclists to be a part of the Grand Depart weekend by joining in The Tour Ride Scotland sportive on a choice of 50 or 100 mile Rides between Peebles and Drumlanrig Castle.

Reigning British Champion and former World Road Race Champion Mark Cavendish will lead the Omega Pharma Quick-Step team, which includes fellow sprinter and treble Tour of Britain stage winner Alessandro Petacchi alongside him as a teammate for the first time.

There will also be a popular return to The Tour of Britain for Dan Martin of Garmin Sharp, who crashed out of the Vuelta a Espana but will start The Tour alongside Nathan Haas, 2012 runner-up to Jonathan Tiernan Locke, for the American team.

Between them the field have won over 100 Grand Tour stages, while in Cavendish and Petacchi the field has two of only five riders in history to have won the Points Jerseys in all three Grand Tours.

“We have world-class sprinters like Mark Cavendish and Gerald Ciolek, the very best time trialists in Sir Bradley Wiggins and Alex Dowsett, and exceptional climbing talents in Nairo Quintana and Dan Martin, plus many others who I could mention.

“I, like all cycling fans in Britain, look forward to seeing how this year’s race develops over the eight stages and who can succeed Jonathan Tiernan Locke in the IG Gold Jersey.”

In addition to Quintana, this Summer’s King of the Mountains from the Giro d’Italia Stefano Pirazzi starts for Bardiani Valvole CSF Inox, alongside fellow stage winner Enrico Battaglin.

In total the field can claim eight stage wins at the 2013 Giro d’Italia and four from July’s Tour de France, plus the winners of this season’s Milan San Remo (Gerald Ciolek) and Liege-Bastogne-Liege (Dan Martin).

Four of the field have won Tour of Britain stages in the past (Mark Cavendish, 7 victories; Alessandro Petacchi, 3; Alex Dowsett, 1; Marc de Maar, 1) while two former winners of the Yodel Sprints Jersey, sponsored by parcel delivery company Yodel, (Peter Williams, 2012, and Michal Golas, 2010) and last year’s SKODA King of the Mountains winner (Kristian House) will also be on the start line in the Scottish Borders.

The provisional start list can be downloaded here. Keep checking back for any updates prior to the final official start list being published at approximately 6pm on Saturday 14th September.

The Tour of Britain gets underway in Peebles in Scotland on Sunday 15th September, finishing in the centre of London eight days later on Sunday 22nd September, with stages in the Lake District, Snowdonia and the race’s first ever summit finish on Dartmoor on Stage Six.

ITV4 and British Eurosport will provide daily live coverage and highlights, with a full list of international broadcasters around the world to be announced next week.

. To find out more and to register, please visit www.thetour.co.uk/tourride