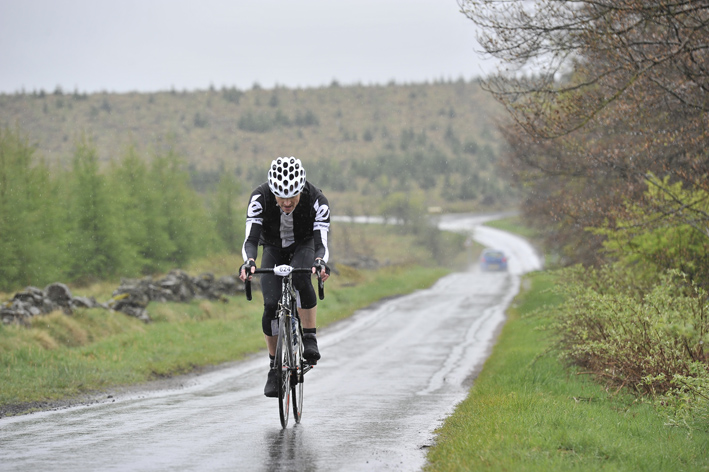 Unfortunately we weren’t able to make the trip up to Scotland for the inaugral Sportive Kinross but it sounds like they had a great first event despite not getting the tropical weather conditions we’re been enjoying in the south of England.

Kinross Cycling Club who hosted the event had everything crossed as Saturday approached and high pressure kept the skies dry and clear only to be dashed at the post on Saturday morning with heavy rain. Nearly 600 of the 650 registered riders turned out the day for the first Scottish Sportive of the season which started and finished at the Loch Leven Community Campus in Kinross. The event had a touch of F1 Glamour with a Red Bull wings team and one of the famous Red Bull minis complete with free samples of the drink. 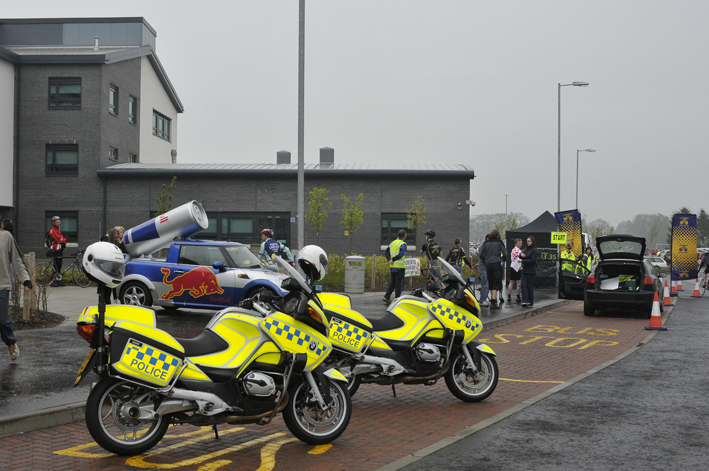 Riders had a choice of three tough routes varying from 45 miles to 87 miles. With hardest route the Black Route taking in over 5000 feet of climbing whilst crossing the three ranges of hills that surround Kinross-shire. Of the starters 562 hardy souls completed the event with 100 finishers for the Blue route, 241 finishers for the Red route and 221 finishers on the rather testing Black route. Many riders switching route options due to training issues after the very tough winter. The host club were particularly pleased with two of the their female riders Gillian Corsie (Black Route) and Morag Bruce (Red Route) recording the fastest times for female riders on the day. 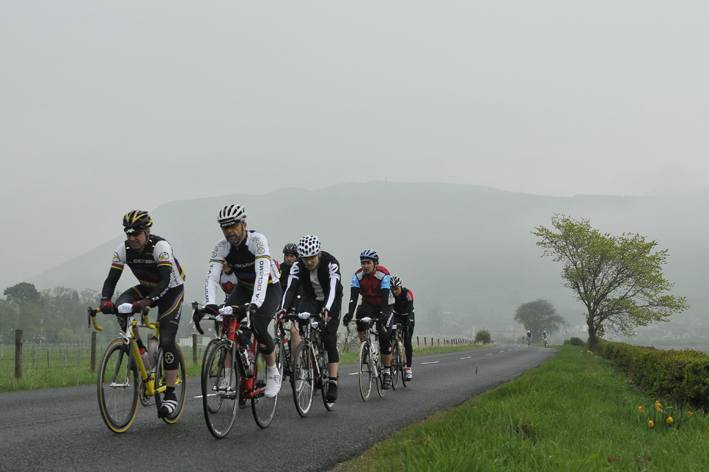 Event Director and Club Chairman Paul Zarb made this comment ‘it’s been an exciting day for Kinross Cycling Club, the event has been a fantastic success, receiving terrific support from riders, the general public and all the external parties involved. I particularly want to thank the Police for the excellent support and advice they have given us.”

Many riders commented on the event internet forums after the event and this quote is probably a fair summary of the riders reactions to the event “Big thanks to the Kinross CC for putting on an excellent event. Considering this was the inaugural sportive for them they had pretty much got it spot on. Good signage, good marshalling, good showers, lunch provided afterwards and a good fast route on the black run. The amenities were gratefully accepted as the last 30 miles into the wind in the pouring rain left my shivering at the finish” 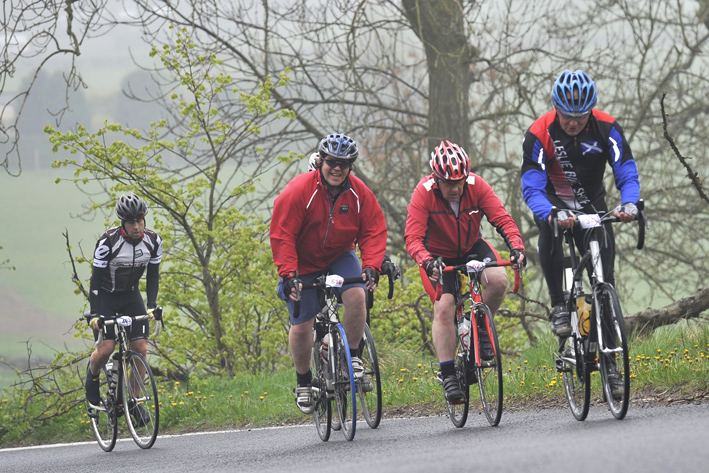 The event organisers have been working with CHAS as the partner charity and are confident once all the money is in and counted they will have raised over £7,000 for Childrens Hospice Association Scotland.

King of the Downs Preview