Dates have been confirmed for all of Southern Sportives returning favourites for 2015. There are still some new dates to be added to their growing CX Sportive event roster, as this exciting new continues to gain popularity.

One to note in the 2015 is the Southern Sportive on September 13th, which celebrates a remarkable 10th year. This is something of a landmark in our sportive history; there are not many events that have had a place on the calendar for that long. When the Southern Sportive first ran in 2006, there were fewer than a dozen proper sportives in the whole of the UK, and sportives in the south of the country were almost unheard of. The South Downs based event was an instant hit, and proved that great courses could be found across the whole country. And, taking many features from the organisers established off road events (such as multiple distances choices, and gold, silver and bronze target time bands (features that weren’t common to other sportives at the time) it created a blue print for sportives in the UK that has been widely adopted as standard since.

The 10th Southern Sportive is indeed a landmark that shows sportives are no flash in the pan, and the organisers have promised to push the boat out to celebrate. You can find full details on southernsportive.com, and be sure to book up early. Places on the 1,000 rider event are strictly limited! 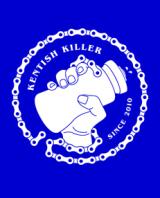