After the ballot for the 2014 Prudential RideLondon opened only four weeks ago the 80,000 rider limit has now been reached and the ballot has closed. The 2014 event takes place on Sunday 10 August as part of the Mayor of London’s annual festival of cycling and applicants will hear in February if they have been allocated a place through the ballot.

The Mayor of London, Boris Johnson, said: “An eclectic cast of cyclists has registered to enter next year’s Prudential RideLondon festival, which promises to be bigger and better than ever. London will once again be transformed as tens of thousands of people test their two-wheeled mettle on the capital’s streets.”

David Hodge, Leader of Surrey County Council, said: “It is fantastic that so many people have signed up so quickly to cycle once again through Surrey’s glorious countryside. We look forward to welcoming thousands of people to next year’s celebration of pedal power, and this underlines Surrey’s prime position as a top cycling destination.”

More than 15,000 amateur cyclists finished the first Prudential RideLondon-Surrey 100 this year after cycling 100 miles from Queen Elizabeth Olympic Park, out through the capital and into the Surrey Hills before returning to a hero’s welcome on The Mall in central London. 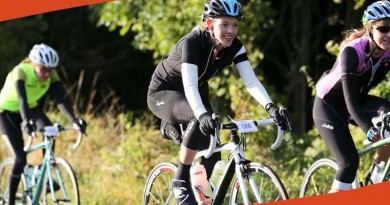