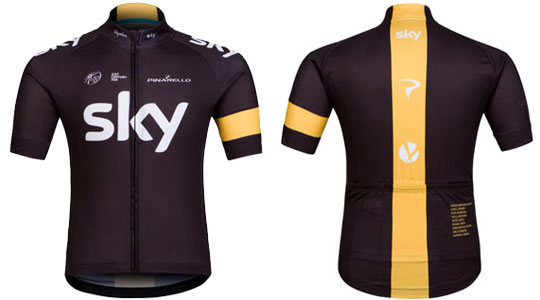 To mark the achievements of Chris Froome and Team Sky in the Tour de France this summer, Rapha have launched a limited edition commerative jersey, called the Team Sky Victory Jersey. The jersey uses a yellow armband and back stripe rather than the regular Sky blue and has the names of the nine riders who achieved victory printed on the rear cargo pocket.

We see a lot of Team Sky kit around at sportives and despite what the Velominati rules say about wearing team kit we expect the new victory jersey to be a popular choice.

The jersey is on sale now via the Rapha website in sizes from XS to XL and costs £80. 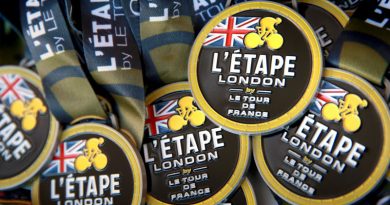