Weather forecasters are finally predicting an end to the ongoing summer deluge, and veteran event organisers Southern Sportive are predicting an influx of riders getting back in the saddle after a weather disrupted season. Southern Sportive’s Martin Harrison says, “Cyclists are a tough breed, and in spite of the rain, our season has been buoyant so far (no pun intended!). It has been an exceptionally wet year though, and as a result, we’re hearing from a lot of people who have been struggling to get the miles in their legs this season.”

All that looks set to change though. With the jet stream that has been delivering our awful weather predicted to finally take up it’s proper summer position, plus Bradley Wiggins’ historic bid for Tour success and hopefully Olympic cycling glory to follow, the end of the summer looks a lot brighter for getting out on the bike. “The signs are a lot better, and I think we’re all ready for it!” continues Martin. “Particularly if people have been frustrated by the weather so far, I think they’ll just want to get out even, particularly with cycling making the headlines.”The concern for a lot of riders is being fit enough to complete events if they’re short of training, particularly on the big challenges, like our 192km Wilier Gauntlet in September. Our advice is to ride whatever you can, and just concentrate on getting some good time on the bike. We always include at least three distance options in our sportives; we were one of the first organisers to introduce that. And we put as much into making sure the short routes are a good ride, as we do for the mid and full distances. We make easy for riders to change distance too, even on the day, so you can switch distance based on how you feel on the ride and just let us know at the finish. Don’t worry if you can’t fulfil the big targets you set at the start of the season, there’s always next year. The important thing is just to ride.”

He has one more bit of advice for the rest of this season too: “Check your tyres. If you haven’t treated yourself to a new set recently, now’s a good time. All the rain we’ve had will have washed debris into the roads, and that’ll take while to clear. Also, we research road-works activity on all of our event courses, and we’ve noticed this year that there seems to be a lot fewer road repairs going on in general – probably due to budget cuts. Between that and the bad weather, surface might be a little below par in places. Putting some new and resilient rubber on your bike now will pay you back in spades!”

Southern Sportive have three more events on their 2012 calendar: The Woodcote Sportive in the Chilterns on August 19th, the Southern Sportive (including Wilier Gauntlet) from Petersfield in the South Downs on September 9th, and the challenging new Cotswold Edge Sportive on October 14th. Full details and booking are at southernsportive.com 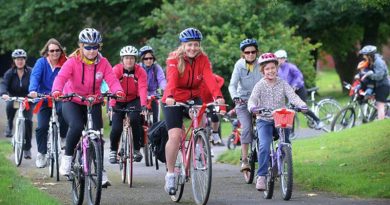