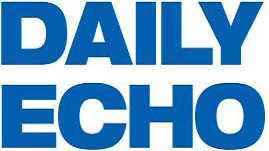 It’s not news that there has been a lot of bad feeling between some of the locals and the larger cycling sportive events that take place in the New Forest over the last few years. In the past locals have attempted to sabotage events by removing signs, covering some of the roads in mud and blocking riders with slow moving vehicles but it seems they’re now taking a new approach to scupper the events. The Bournemouth Daily Echo reports that local horse riders have asked the organisers of the New Forest Show to stop hiring out their showground for cycling events in a hope that by taking away the venue the number of riders that can take part in any event will be limited.

The full article from the Daily Echo appears below –

Horse owners have called on organisers of the New Forest Show to help in their battle against mass cycling rides in the New Forest.

They want the show to stop hiring out its site as a car park for people taking part in the Wiggle Sportive series, which regularly draws thousands of cyclists to the area.

It follows the controversy surrounding last weekend’s Wiggle event, which started at the showground at New Park, Brockenhurst.

A pony round-up on neighbouring land was cancelled amid safety fears, saboteurs tried to disrupt the event by spraying mud on roads – and some residents have accused cyclists of riding dangerously and urinating in public.

The New Forest Agricultural Show Society has vowed to consider the horse riders’ request at its board meeting next month. However, the next cycle ride on December 8 is at Brockenhurst College.

He added: “The purpose of the society, which leases the showground from the Forestry Commission, is to ‘support agriculture and equestrianism’. The use of the showground as a car park for commercial off-site events involving more than 1,000 cars and thousands of competitors is making life even harder for a struggling equine community that is the backbone of the rural economy 365 days a year.

“Without the availability of the showground site, these cycle events would be restricted to a much more manageable size.”

New Forest Show secretary Denis Dooley said: “We obtained the lease of New Park in 2005 and since this time have offered a low-cost, flexible venue to a variety of different organisations.

“We have recently received a letter from the NFEA expressing their concerns over the identity and size of future events held at New Park and will look into these concerns at our next board meeting on November 20.”

Wiggle organisers were unavailable for comment but previously accused the Verderers of failing to give enough advance warning of the pony round-up.

30 May 2014 Admin Comments Off on New ToB Promotional Video