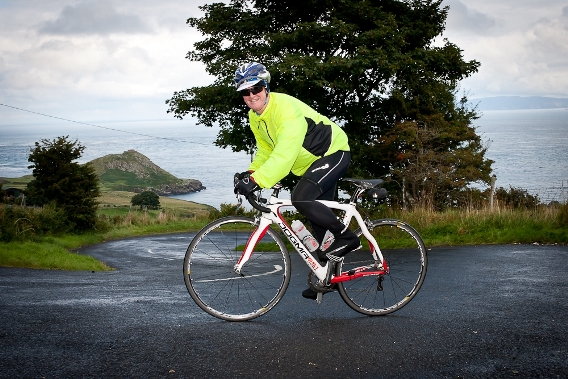 Past and potential participants of the award winning Giant’s Causeway Coast Sportive, in association with Chain Reaction Cycles Flagship Store Belfast, have eagerly been waiting on the announcement of 2014’s event date, which has now be revealed as Saturday 13th September 2014 as well as on line entries being opened.

Last year was the third year of the event and it was awarded ‘Leisure Event of the Year’ by the national governing body, Cycling Ireland, as part of their annual awards and the organisers believe that 2014 will be an even bigger and exciting year for the sportive because four months prior to the event, one of the world’s largest cycling races, the Giro d’Italia, will follow parts of the same route.

In previous years, the event has attracted over 1000 cyclists to the start line in Ballycastle, Co. Antrim. Here event organiser, Beverley Pierson from Outdoor Recreation NI, explains where she thinks the success lies. “The Giant’s Causeway Coast Sportive not only provides a great opportunity for people to cycle along one of the most spectacular stretches of coastline in Europe but has been created with every level of cyclist in mind. Our shortest route (35miles) is an excellent way for beginners to complete their first sportive whereas the two longer routes (80miles and 115miles) are ideal for the more serious cyclists with testing hills of up to 20% gradients”.

The shortest route on offer is a 35 mile ‘Causeway Coaster’ and takes in Bushmills Distillery (Ireland’s oldest whiskey distillery), Carrick-a-rede Rope Bridge and the Giant’s Causeway UNESCO World
Heritage Site. The most popular 80 mile route traverses the magical Glens of Antrim before following the Antrim Coast Road with the option of taking on or bypassing the gruelling Torr Head Road. The longest
route (115 miles) incorporates both of these shorter distances and provides the ultimate cycling challenge which is widely regarded as one of the toughest sportive routes in Ireland.

Those who enter the event between now and the end of April will be able to avail of the early bird offer from the events main sponsor, Chain Reaction Cycles Flagship Store in Belfast, entitling you to a
FREE High5 Race Faster Nutrition Pack worth £12.99 and a £10 OFF voucher on £100 spend. The race pack and voucher must be collected or redeemed before 30th April 2014.

This year’s Giant’s Causeway Coast Sportive is again being supported by Moyle District Council, sponsored by Chain Reaction Cycles Flagship Store in Belfast and organisers have also teamed up
with Marie Curie Cancer Care and Action Medical Research to encourage participants to fundraise as an extra motivator for those tough hill climbs.

s Causeway Coast Sportive event website to see how you can secure your place on the 2014 event as well as to check out the 3 routes on offer, detailed route descriptions, maps and indeed
advice from cycle training experts Dig Deep Coaching –