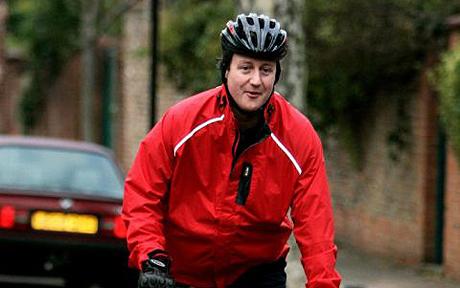 The Prime Minister, David Cameron, has today announced new government investment in cycling infrastructure and plans to make roads safer for cyclists. £77 million will be divided between Manchester, Leeds, Birmingham, Newcastle, Bristol, Cambridge, Oxford and Norwich, while the New Forest, Peak District, South Downs and Dartmoor will each share a slice of £17 million funding for national parks.

The announcement includes a commitment from the government to cut red tape that can stifle cycle-friendly road design and to encourage changes to the way roads are built or altered. Councils will be expected to up their game to deliver infrastructure that takes cycling into account from the design stage.

Prime Minister David Cameron said “Following our success in the Olympics, the Paralympics and the Tour de France, British cycling is riding high – now we want to see cycling soar. Our athletes have shown they are among the best in the world and we want to build on that, taking our cycling success beyond the arena and onto the roads, starting a cycling revolution which will remove the barriers for a new generation of cyclists.

This government wants to make it easier and safer for people who already cycle as well as encouraging far more people to take it up and business, local government, developers, road users and the transport sector all have a role to play in helping to achieve this.”

This funding means that investment in cycling in the 8 cities is now in excess of £10 per head per year, as recommended by the All Party Parliamentary Cycling Group’s recent report and is hoped will deliver a surge in cycling similar to that seen in the capital.

The funding will kick start Velocity 2025, which will, over time, create a city-wide cycle network. Initially, as part of the CCAG funding, this will involve a series of high quality cycle lanes that will lead from the city centre out to the M60 like spokes of a bicycle wheel. Spokes will have a Cycle and Ride station located several miles from the city centre, allowing cyclists to leave their bikes and swap onto Metrolink or a local rail service for the last leg of their journey if they wish. As part of a door-to-door approach the proposals involve the introduction of 20 mph zones in some residential areas adjacent to the cycle ‘spokes’ to enable safer access to the cycleways. Greater Manchester’s vision is to double the number of cycle journeys within 5 years and to double them again by 2025. The government funding will bring 56 km of new or improved cycle paths and predicted health and wellbeing savings of around £7 million a year.

Building on Yorkshire’s hosting the Tour de France’s Grand Depart in 2014, a package of cycle infrastructure improvements is proposed. A new segregated Super Highway from east Leeds to Bradford City Centre will be delivered with new connections in Leeds City Centre to provide continuity to other radial routes. In addition new secure cycle parking facilities are included and the Leeds Liverpool Canal Tow Path will be upgraded. At 14 miles this will be the longest continuous cycleway in the north of England, connecting key employment and regeneration sites in both cities. The ambition in West Yorkshire is to triple current cycling levels and increase cycling to account for 12% of all journeys in the target areas.

Birmingham Cycle Revolution is a 20-year strategy to make cycling a mainstream form of transport across the city. It aims to have cycling accounting for 5% of all journeys within 10 years and 10% within 20 years. This fund will accelerate this ambition through the creation of the 1st phase of a city-wide strategic cycle route network along radial corridors initially extending 20 minutes cycling time from the city centre. Key features include 71 miles of new cycle routes, improvements to 59 miles of existing cycle routes, segregated cycle facilities, lower speed limits, off-road routes using canals and green spaces and secure cycle parking and supported by a programme of smarter choices measures.

Building on its previous successes, the West of England’s ambition is to increase cycling by 76% by 2016. The bid focuses on linking people to major employment opportunities across the city of Bristol. Central to this is a new pedestrian and cycle promenade running east to west across the city following the route of the River Avon and terminating at Bristol Temple Meads station, where a new enterprise zone aims to bring 17,000 new jobs to the city. The scheme will create five new or improved river crossings for cyclist. In addition the bid includes the Cribbs Causeway to Emerson’s Green trunk cycle route in the North Fringe of Bristol; and, the Seven Dials National Cycle Scheme in Bath City Centre.

Central to Newcastle’s bid is linking employment and training opportunities to new housing developments in Newcastle and to existing communities where people are currently least likely to cycle. Newcastle plans a network of 7 major cycle routes across the city making the best use of existing infrastructure and linking in with the major improvements currently underway in the city centre. This government investment will be supported by an Active Travel Centre where people can go for cycle maintenance, parking and information. Recognising the potential for cycling, almost a million of public health funding in Newcastle is being invested in this initiative. Newcastle’s vision is to achieve 12% of all journeys under 5 miles by bike in the next 10 years.

Cambridge competes on a global scale as somewhere to live, work and invest. Congestion in the city is seen as one of the major risks to its future success and cycling is seen as an intrinsic part of the solution.

In 10 years’ time, Cambridge aims to have 40% of all journeys in the city by bike, bringing it in line with some of the best cycling cities in Europe.

The funding allocated today will create new, segregated cycle paths along some of Cambridge’s most used cycle routes and will also provide much improved cycling facilities to some of the major employment sites in the South Cambridgeshire District.

Local match funding will provide parking for 3,000 bicycles at Cambridge station and a new direct foot/cycle route between the station and the Cambridge Science Park – a major employment centre for the city that has a new station planned to open in 2015.

Norwich’s ambition is to use cycling as the catalyst to make the city even more liveable and prosperous. Working with the public health funding partners, the city aims to double cycling in the next 10 years, from an already high base. It will generate economic growth by connecting communities to centres of employment. At heart of its proposals is an eight mile cross-city route linking population centres to the locations of 51,500 existing and 12,500 planned jobs. Norwich’s targets are to increase the number of adults cycling once a week to 44% and adults cycling to work to 15% by 2023.

The scheme will remove one of the main barriers to cycling into and out of Oxford city centre, making The Plain roundabout safer and more attractive for both cyclists and pedestrians. The Plain roundabout is a busy 5-arm roundabout with a high level of bus traffic and a history of cyclist casualties. The scheme will reduce the width of the circulatory carriageway and improve the roundabout’s design to unlock access to the city for cyclists of all levels of experience. This scheme will supplement a wider package of measures both planned and existing to help the city’s cyclists.

3.5 million people in the surrounding urban areas of Greater Manchester, Sheffield, Derby, Nottingham and Stoke-on-Trent will have better access to the cycle ways of the Peak District. The scheme provides 4 new routes which will enhance the network of traffic free cycling in the Peak District. The programme aims to target public health in the cities that connect to the national park.

The funding will deliver major improvements to 93 miles of cycle ways, with a further 86 miles benefitting from smaller upgrades such as improved signage. The focus of the scheme is new family-friendly routes to and through the park, supported by cycling hubs and provisions for access by those with limited mobility.

The scheme provides opportunities for leisure cycling for the 5 million people who live within an hour of the South Downs National Park. The scheme will focus on improving access to the National Park from major rail stations. 55km of new routes will be built across England’s most visited and densely populated National Park.

The scheme focuses on a new network of cycle docking stations that will allow people to cycle between key attractions, communities and transport hubs, supported by a new family cycling centre adjacent to Brockenhurst station. The scheme will also work with tourism businesses to ensure high quality family cycling facilities are widely available. 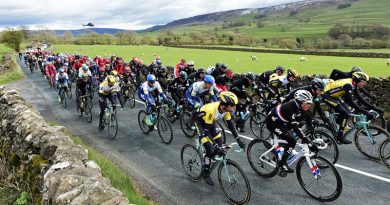