London’s Cycling Legend’s Explain Ride Around London’s Legacy Mission Keith Butler, the Surrey League race organiser, who was part of the British Team which helped Tom Simpson to win Britain’s only World Road Race Championship in 1965, rode Box Hill with press last Thursday 23rd June to explain why he has been helping shape the route of the new Ride Around London sportive to be held on 25th September.

“This event has a special purpose” he explained, “We want to be part of creating a genuine legacy from 2012. Cycling is a fantastic sport and Ride Around London will raise funds to help cycling and other sports clubs which are doing amazing work in the inner cities. Between us, the team who have worked on the route for charity Access Sport has over 100 years of riding the roads and organising cycling events around London. We have created a beautiful route which takes in cycling history and landmarks from the 1908, 1948 and 2012 London Games.”

Butler came a very creditable 14th in the Tour of Flanders and rode with Jacques Anquetil’s St Raphael team which did not go down too well when Keith spent most of one lap of the 1965 World Championships preventing him from catching Tom Simpson. Keith was joined by fellow organiser’s ex-GB international and leading sportive organiser Andy Cook; Hillingdon race organiser Bob Spencer (who raced against the great Fausto Coppi) and Access Sport Chief Executive Mark Hardie.

Outlining the impact of sports clubs that receive financial assistance and development advice from Access Sport Hardie said: “Access Sport’s mission is to transform lives through sport in the country’s most deprived areas. Volunteer club leaders and coaches really are inspirational people. People like youth worker Keir Apperley and teachers Lakdhar and Janice Dejloull who have overseen the creation of CC Hackney and Tower Hamlets CC. Until 2008 there were no cycling clubs in Hackney and not a single British Cycling qualified coach. From ground zero CC Hackney has come first in the London Youth Games twice and two of their local youngsters are now on the British Cycling Olympic Talent Team Programme showing how much untapped potential there is out there. The same situation applied in Tower Hamlets where the new club has succeeded in getting young Muslim women out on bikes as well as becoming London Cycling Campaign’s Club of the Year. But these clubs, and others like them, need help more than ever as they are threatened by spending cuts
which are now biting on councils and sport governing bodies.”

Ride Around London has 115 mile and 60 mile sportive routes which start at Herne Hill Velodrome and Windsor and end at the new 2012 White Water Centre at Waltham Cross where there will be a Festival of Cycling and trail rides into Lee Valley Park and Epping Forest.

The affable Butler also gave his view on the 2012 road race route: “Box Hill is not going to split the
peleton so it will give Mark Cavendish a good chance. I don’t see it helping the likes of the Schlecks.” 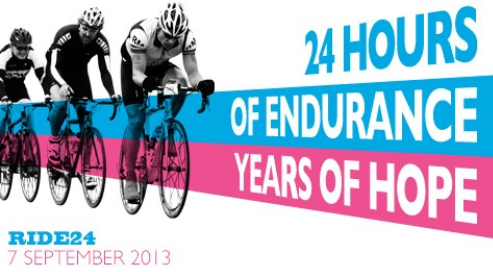 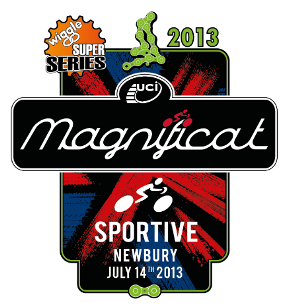