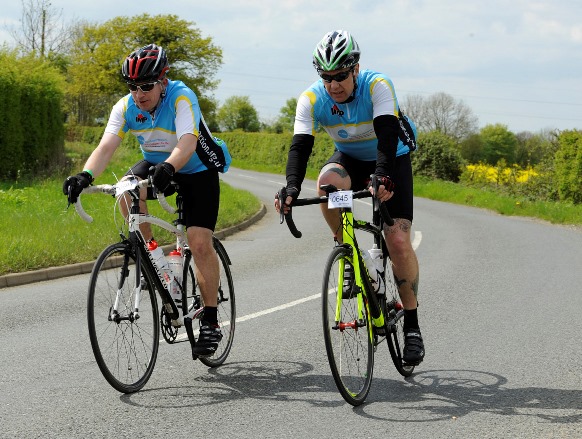 It’s been a glorious summer of cycling so far and children’s charity Action Medical Research is offering road riders of all abilities nine more reasons to get on their bikes and join one of its late season RIDE100 events. The popular series of one-day regional UK rides runs throughout August and September, with rides taking place in the north, south, east and west.

So far this year the charity has run 10 RIDE100 events and three ladies’ Action DIVA rides, seeing more than 5,000 people in the saddle and raising more than £400,000 to help sick and disabled babies and children.

With almost two more months of summer cycling left, forthcoming rides include the York 100, Action’s most popular event in the north, and the Surrey 100 taking in some classic climbs, including Box Hill. The Action 100 takes you from Bristol/Bath to London and is the charity’s longest-running ride at well over 30 years old. Meanwhile, the baby on the block, the new Thruxton 100 offers a 100-mile challenge with a difference, taking place in the unique setting of Thruxton Motor Circuit – no cars, no hills, just you against the clock. The beautiful Lake District 100 then closes the season in style at the end of September.

Also coming up is the exhilarating RIDE24, the charity’s ultimate bike challenge. Teams of four, and large numbers of solo riders will race night and day around the famous Thruxton Motor Circuit, covering as many laps as they can in 24 hours.

Full details from Action Medical Research of the upcoming rides –

York 100 18 August 2013
Our most popular ride in the north of England. The Yorkshire Wolds is a cycling paradise. See the stunning Castle Howard en route.

Surrey 100 18 August 2013
The classic zig-zag climb up Box Hill provides the high point on this tough challenge through the heart of the Surrey countryside.

Bucks 100 15 September 2013
Waddesdon Manor is the stunning starting point of this ride through the beautiful countryside of Buckinghamshire and Bedfordshire.

Lake District 100 22 September 2013
The wild and rugged Lake District plays host to our last event of this year. It is the perfect way to end your season.

For information on all forthcoming cycling events, including 2014 rides, visit www.action.org.uk/cycling