One of the biggest dates on the sportive calendar, the Wiggle Dragon Ride, has now seen it’s 2014 date confirmed as Sunday 8th June with entries opening at 9am on Thursday 10th October. In previous years the event has sold out its 5,000 places in less than a day, so anyone looking to take part will need to be quick to secure their place.

In addition to the general entry date there will also be a priority window, opening on the 3rd October, for any riders who have ridden five or more years of the Dragon Ride and those who participated in both the Wiggle Dragon Ride and Wiggle Etape Cymru in 2013.

The Wiggle Dragon Ride, which is already well-known as one of the toughest events of its kind in UK, will now feature a mammoth 305km Dragon Devil distance which includes over 3437m of climbing. Event organisers and leading mass-participation events company Human Race are keen to stress that there will be a very limited numbers of places available for this option, so those who are keen will need to get in quickly. Those lucky enough to get a place will be well rewarded with an incredibly stunning cycling route which will take in the ‘Rhigos’, ‘Black Mountain’ and the ‘Devil’s Elbow’ – the Dragon Ride’s signature climbs – with the new addition of the ‘Devil’s Staircase’, a climb with a 15% gradient and elevation of 480m.

The traditional Gran Fondo (222km) and Medio Fondo (152km), which made the event so famous and popular, will be returning once again. These classic Wiggle Dragon Ride distances have created demand for the event like no other of its kind, with cyclists from all over the world scrambling for a place each year to experience the Alpine-like climbs and stunning scenery offered by the Brecon Beacons.

Next year’s event will also see the return of the Corto option after a brief hiatus in 2013, and the returning distance will have a re-modelled and slightly longer route of approximately 47km.

The 2013 event saw the well-received introduction of a Cycletta WomenOnly Ride and the 2014 version will follow the same route as the Corto riders. A slightly tougher test than the other events in the UK wide Cycletta Series, it provides a perfect platform for those wishing to work towards a larger more challenging sportive, with all the usual camaraderie that Cycletta rides never fail to provide.

The event continues to be supported by Wiggle.co.uk,  Andrew Whillas Sponsorship Manager at Wiggle said, “We are delighted to be supporting the Wiggle Dragon Ride again in 2013. It is an incredible event that that is widely regarded as one of the most – if not the most – challenging and therefore rewarding sportives on the cycling calendar. We look forward to working with the organisers to achieve an even bigger and better Wiggle Dragon Ride than ever this year.

The 2014 event will also welcome new Official Charity Macmillan Cancer Support with funds raised by participants being used to help support the thousands of people affected by cancer in the UK. Macmillan already has strong ties within the cycling event sector and joining forces with the UK’s premier sportive will continue to drive awareness and provide even greater fundraising opportunities for cyclists to support the charity.

Ian Lulham, Cycling Events Manager for Macmillan, said, “We are delighted to be the official charity partner for the Wiggle Dragon Ride and extend our relationship with Human Race cycling events. We hope the knowledge that riders’ efforts are helping to support people affected by cancer will encourage and motivate more people to join Team Macmillan and take part in this fantastic event.”

Nick Rusling, CEO of Human Race said, “We are excited about the 2014 Dragon Ride as we introduce the Dragon Devil distance. This is a real challenge which we created to respond to the demands of our cycling audience for their toughest challenge yet.” 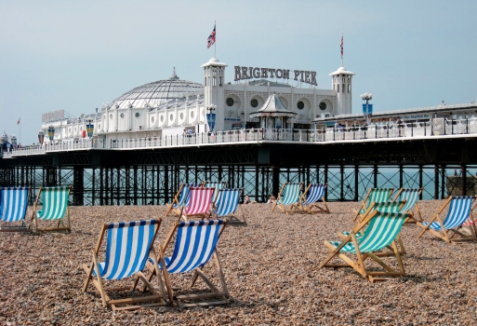